JKJ’s much anticipated performance in Call of Duty: Advanced Warfare has launched

Jeremy Kent Jackson’s much anticipated performance as Joker in the long-awaited Call of Duty: Advanced Warfare starring Kevin Spacey has launched to critical acclaim.  As you play, keep an eye out.  The animation is so incredible that Jackson’s face, among others, is unmistakable.  Enjoy! 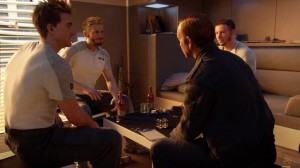