Jeremy Kent Jackson returns to Disney XD’s Lab Rats as recurring character Douglas Davenport for the Season 3 Premiere episode entitled Sink or Swim.  The epic storyline involves Jackson as the disgruntled little brother of Donald Davenport, played by Hal Sparks, who is seeking to reclaim what he feels is rightfully his.  Angered by the fact that last season he was frozen in a block of ice, he sets out to seek revenge.  Set to air February 17th, 2014 on Disney XD, this episode opens up new possibilities for the character and his relationship to the Lab Rats.  Enjoy! 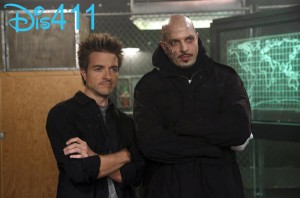